Jimmy’s entrepreneurial spirit started when he was just a young boy selling fireworks and sno balls in Gretna, LA at the age of 15.   Born the only son to a veterinarian father, Jimmy’s love and compassion for animals began at an early age.  It was commonplace for the Strickland Family to take in abandoned pets at the vet practice and love them as their own.

As a graduate with a master’s degree from the “school of hard knocks” as he calls it, Jimmy went on to open his own oilfield supply company at only 22 years old. With only a single car garage and an old pickup truck, under his leadership, Hose Specialty and Supply grew to seven locations in Louisiana, Texas and Mexico with over $18 million in revenues.

After selling his business in 2014 to a national organization, Jimmy went on to open a boat yard repair facility that services both sailboats and recreational boats in the Pass Christian, Bay St. Louis and the surrounding areas.

Anyone that knows Jimmy will undeniably attest that he is the hardest working person and when he dives into a venture, he does so with total commitment.  His passion to create a sanctuary for abused and neglected animals and provide a substantial portion of his own funds is admirable.

Jimmy will tell you that his proudest accomplishment is raising his two children, Jessica and Jimmy and working to provide them with a blessed childhood in south Mississippi. When he is not working, Jimmy enjoys going to the beach and spending time with his children and their families, which include 6 grandchildren. He and his wife, Misty, have been married for 10 years and live in Pass Christian with their beloved dogs.

Misty’s love for animals began later in life where, as an adult, for the first time she visited an animal shelter. So many dogs begging for attention while others sat quietly, feeling defeated and without hope. At that time, she left the shelter with her beloved Sadie in tow, whom still today is spoiled and loved.  She knew she had to do something to make a difference in the lives of the animals and at that moment her passion for rescue was born.

Misty’s educational background includes a bachelors degree in Finance from Louisiana State University and her experience includes 10 years as a Commercial Banker for Chase Bank (and predecessor banks) along with 11 years as Chief Financial Officer of Hose Specialty & Supply, Llc a hydraulic hose business servicing the oilfield industry. In 2015, Misty worked along side Jimmy to establish a 19 acre boat repair facility in Pass Christian, servicing both sailboat and yachting customers in the area.

In her free time, Misty enjoys making a difference in dog’s lives through animal rescue where she has been an avid participant since 2018.
She also enjoys spending family time at home in Pass Christian with her beloved dogs and her husband Jimmy of 10 years, along with her two grown children, Dylan and Tristan and all of the grandchildren as well.
Ann Williford
Secretary 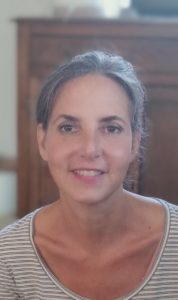 Anne Williford RN, MSN joins Animal Aid of Mississippi following her following her 20 year career as a family nurse practitioner in Nashville, TN. Prior to nursing she taught high school Biology and Chemistry in south Louisiana. Her commitment to animal welfare began in 2018 with Animal Rescue Corps in Tennessee. In 2019 she and her husband retired to Pass Christian, and shortly thereafter she began working closely with the Animal AID of Mississippi team of volunteers. Her compassion and love for animals, combined with experience in nursing and healthcare allow her to serve the needs of animals and the humans tasked with their care. 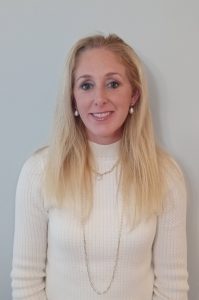 Catherine Williams resides in Pass Christian, MS with her husband Jeffrey Klemmer and their 3 beloved dogs and 2 cats. Catherine was born in La Jolla, CA and has travelled extensively. She is a 2003 Graduate of the United States Naval Academy and a 2004 graduate of the Naval Postgraduate School in Monterey, CA. She served as a Surface Warfare Officer onboard the USS BOXER in San Deigo, CA before becoming a Naval Meteorology and Oceanography Officer.  Catherine left Active Duty in 2008 and is currently a Naval Reserve Commander serving as the Commanding Officer of the Naval Reserve Naval Oceaongraphy Operations Command (NOOC) at Stennis Space Center, MS.

Catherine is very involved in the local MS Gulf Coast Community. She is the Cross Country and Track & Field Coach at Our Lady Academy in Bay St. Louis, MS.  She leads the Aquatics Summer Program at the Pass Christian Yacht Club coaching Swim Team, giving swim lessons and water aerobics classes.  She is also a member of the Krewe of Venus and the Pass Christian Rotary Club. She volunteers with Animal AID of Mississippi leading their fundraising efforts and is passionately committed to their mission of providing a beautiful, safe and loving sancturay in North Pass Christian to care for the most vulnerable dogs and cats of the MS Gulf Coast.  In her free time she enjoys taking daily walks with her 3 spoiled doggies and running, biking & swimming with her husband, Jeff. 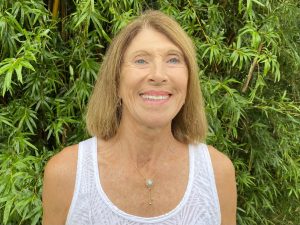 Mary Bourdin retired after 20 years as the Director of Finance for the MS State Port Authority at Gulfport.  She was educated at the University of Southern Mississippi with a BS and MBA.  Later in life she returned to college for accounting classes that allowed her to become a licensed Certified Public Accountant.

Mary’s community activities include being a graduate of the Chamber of Commerce Leadership Gulf Coast and of the Gulf Coast Business Council Masters Class.  She served as Chairman of the Pass Christian Park Commission for 6 years.  One of the accomplishments she is most proud of is being chairperson of the volunteer committee that created Trinity Dog Park in the Pass.  Additionally, she was chosen as the Pass Christian Rotary’s Citizen of the Year.

Mary is currently not only on the advisory board of Animal AID MS, but is also the treasurer for Live Oak Cemetery and Pass Christian Main Street.

Mary Bunch is a 4th generation South Mississippian currently living on the Gulf Coast.   Her career in the real estate industry began in the early 1990’s and she is currently an agent for John McDonald Realty Co. where she is involved in residential, commercial and recreational real estate projects throughout Mississippi. Mary is the mother of a son, Lloyd Nicaud, and the grandmother of two, Grace and Noah. She loves living on the Mississippi Gulf Coast, where she returned after living in the Northeast for a few years, to be closer to family and lifelong friends. She is a member of Our Lady of the Gulf Church in Bay St. Louis. She is a proud pet parent to three senior Boston Terriers, Dixie, Buffy and Lizzie and a recent rescue, Moon Pie.